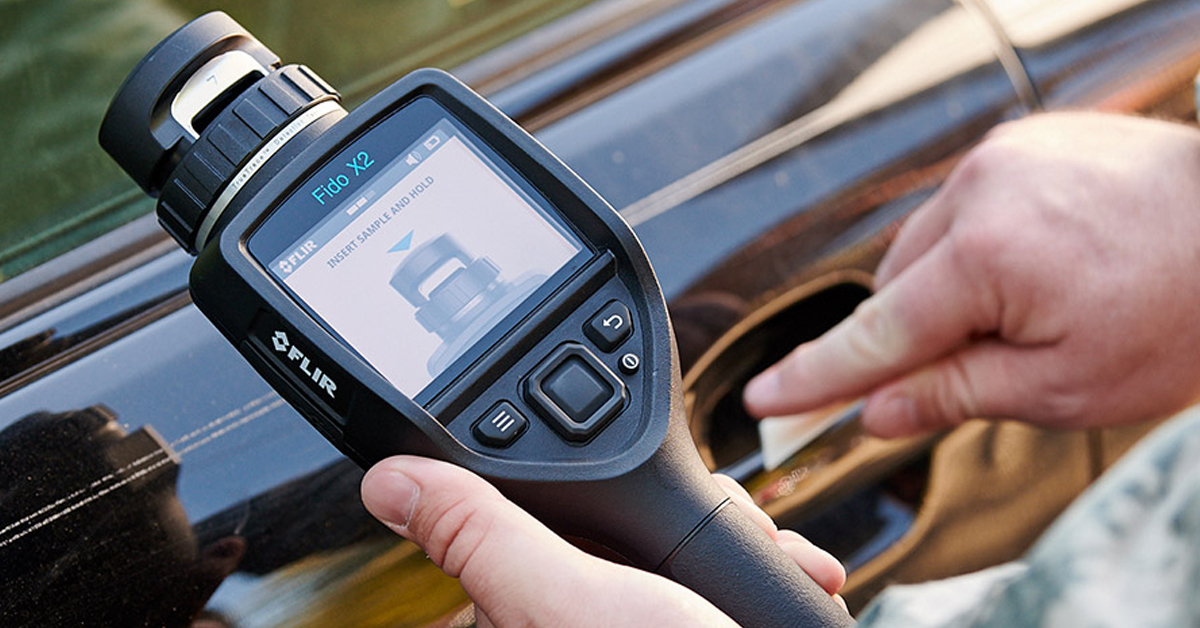 A Closer Look at TrueTrace Technology

What technology is used for portable trace detection?

IMS-based ETDs and canines are used to screen for explosives due to their speed of detection and sensitivity. Colorimetric indicators are deployed in screening scenarios because of their ease of use and ability to detect small bulk levels of explosives. TrueTrace-enabled ETDs combine sensitivity, speed, and ease of use for checkpoint screening applications.

What is checkpoint screening?

How are handheld explosives trace detectors used at a checkpoint?

Front line operators collect surface residue from first touch areas on vehicles, laptops, bags, cell phones, belts, crates, boxes, letters, and other items using a sample ticket. The ticket is inserted into an ETD that analyzes the residue and presents an all-clear response or threat alarm.

What are the key advantages of TrueTrace?

TrueTrace detects a broad range of explosives at trace levels that are invisible to the operator. It detects many emerging explosive formulations without modification, to protect against future threats. TrueTrace also maximizes system availability during high-threat scenarios with quick three-minute start-up, fast ten-second analysis, and rapid, reliable clear-down that is measured in seconds.

How Does It Work?

What are Amplifying Fluorescent Polymers (AFP)?

FLIR utilizes amplifying fluorescent polymer (AFP) technology licensed from the Massachusetts Institute of Technology (MIT) as part of its ultra-sensitive suite of detection materials. AFP consists of many fluorescent molecules linked together to form a 'wire' that communicate with each other electronically. When any one of the molecules in the wire interacts with a molecule of explosive, all of the molecules in the wire stop emitting light. This is similar to an old-fashioned string of Christmas lights that all go out when a single bulb burns out. A single explosive molecule switches off the fluorescence of multiple fluorescent molecules in the chain. An extremely small amount of explosive can trigger a measurable reduction in light output, enabling FLIR's TrueTrace technology to provide best-in-class sensitivity.