Firefighters face extreme temperatures and poor visibility on the job. Thermal imaging cameras (TICs) see through smoke, offering invaluable situational awareness while evacuating or searching for victims. For tactical TIC use, firefighters sometimes go for cameras that are able to display very high-temperature ranges, up to +1,100°C (+2,000ºF), in a so-called third-gain mode. This is not a good idea. In fact, there are very good reasons why some thermal imaging cameras do not have a third gain mode, and only measure up to +650°C (+1,202ºF)

Choosing the right thermal camera model is often a complex exercise of spec comparisons, such as image resolution, camera sensitivity, and temperature range. Simply put, the temperature range indicates the minimum and maximum temperatures that a camera can measure. As an example, FLIR K-Series cameras accurately measure temperatures between -20°C and +650°C (-4°F to +1,202°F). Some other TICs measure maximum temperatures up to +1,100°C, tempting the user to assume ‘more is better’. While these numbers might seem appealing to an equipment buyer, when it comes to modern thermal imaging technology, high temperatures come at the expense of image quality. And for a firefighter, image quality can make a life-saving difference.

What you should you know about high temperature ranges in TICs

The term ‘temperature range’ is a bit misleading. What is more important for a firefighter is the Effective Temperature Range (ETR), which measures the range of temperatures that a TIC can view while still providing useful information to the user. Specifically, extreme heat in the field of view tends to inhibit a TIC’s ability to discern surfaces having intermediate temperatures and details. This loss in image quality and reduction can have severe consequences for a firefighter, because there’s a chance of missing lower-temperature objects, such as victims or escape routes. 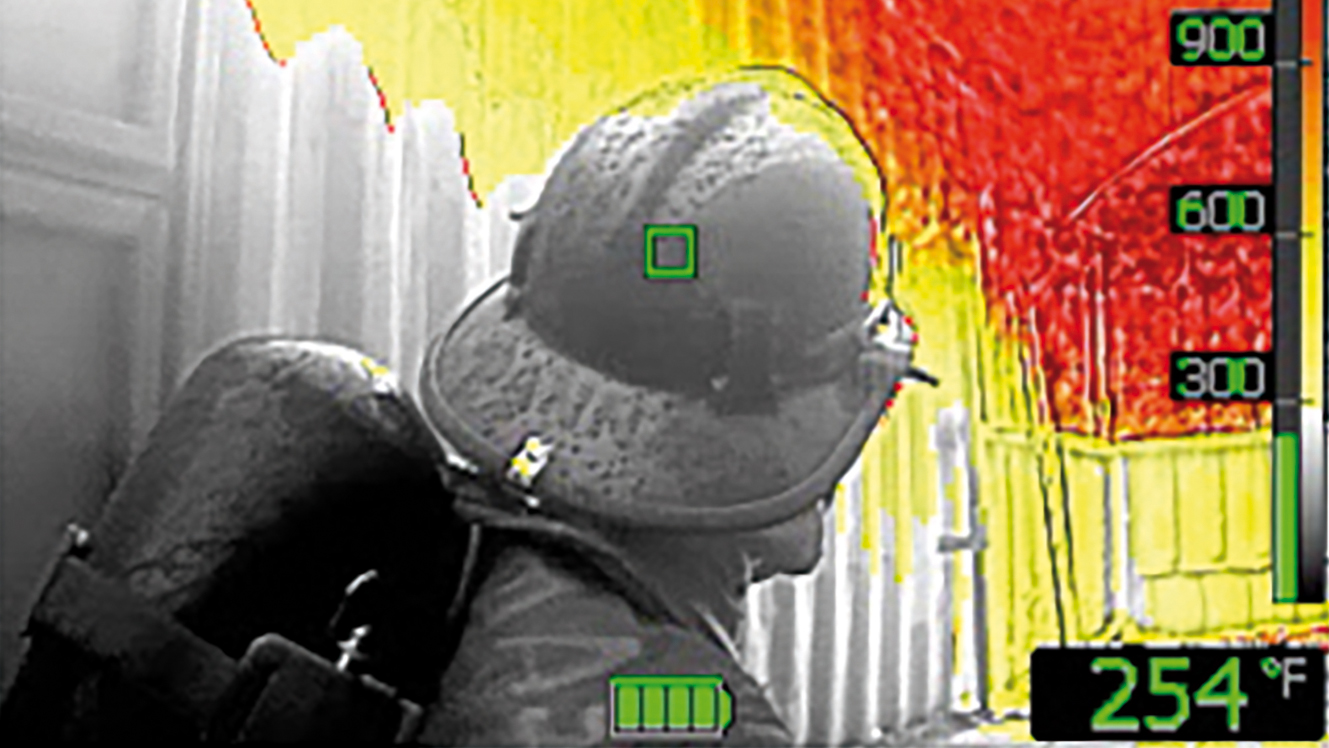 FLIR Primed: TICs for Structure Fires and Beyond

2. The myth of predicting flashovers

Thermal imaging cameras are sometimes believed to be able to predict flashovers. They are not. A flashover will occur at an air temperature that is way beyond +500°C (+932ºF). But even with a TIC that measures in a higher temperature range than +500°C (+932ºF), you will not be able to predict the flashover, because a thermal imaging camera detects differences in surface temperature, not air temperature. There is no black and white answer as to why flashovers occur. Flashovers are hardly predictable and even when the ideal/typical flashover conditions are present, a flashover might not occur. A thermal imaging camera might be useful to identify pre-flashover conditions through reasoned image interpretation. But for now, the only way to be prepared for an imminent flashover is through extensive fire behavior training and by carefully observing the environment.

Thermal imaging cameras are sometimes said to be able to predict when steel will start to melt and bend. This could especially be useful in firefighting scenes with industrial buildings which often have a steel framework. However, this would still be very difficult, even with thermal imaging cameras that can measure up to +1,100°C (+2,000ºF), since the melting point of steel actually is a lot higher (around +1,400°C (+2,500°F)).

FLIR K-Series cameras do not present temperature differences beyond +650°C (+1,202ºF). Instead, red colorization is used to warn the firefighter about present danger. In this case, the FLIR TIC will simply indicate '>650°C' (>1202°F) in the display while staying in the well-balanced low sensitivity mode, without sacrificing image detail. K-Series TICs are designed to withstand the toughest firefighting conditions. They can take a 2-meter drop onto a concrete floor, are water-resistant (IP67), and remain fully operational up to +260°C (+500°F) for a five-minute duration. The K65 complies fully with the NFPA 1801:2013 standard for firefighting thermal imaging cameras.

When does a high temperature range make sense?

Unlike TICs for firefighting, there are numerous applications where a high temperature reading does make sense. In an industrial and manufacturing environment, FLIR thermal cameras are used to see through flames and to monitor the refractory quality of boiler and furnace installations. Cameras like the FLIR T640, for example, can read temperatures from -40°C to +2,000°C (-40°F to +3,632°F) with an accuracy of just ±2%. In some research and development environments, like microelectronics, automotive, plastics, and mechanical testing, high-temperature performance is important. FLIR offers a wide range of R&D cameras that can distinguish temperature changes as subtle as 0.02°C in a temperature range from -80°C to +3,000°C (-112ºF to +5,432ºF).