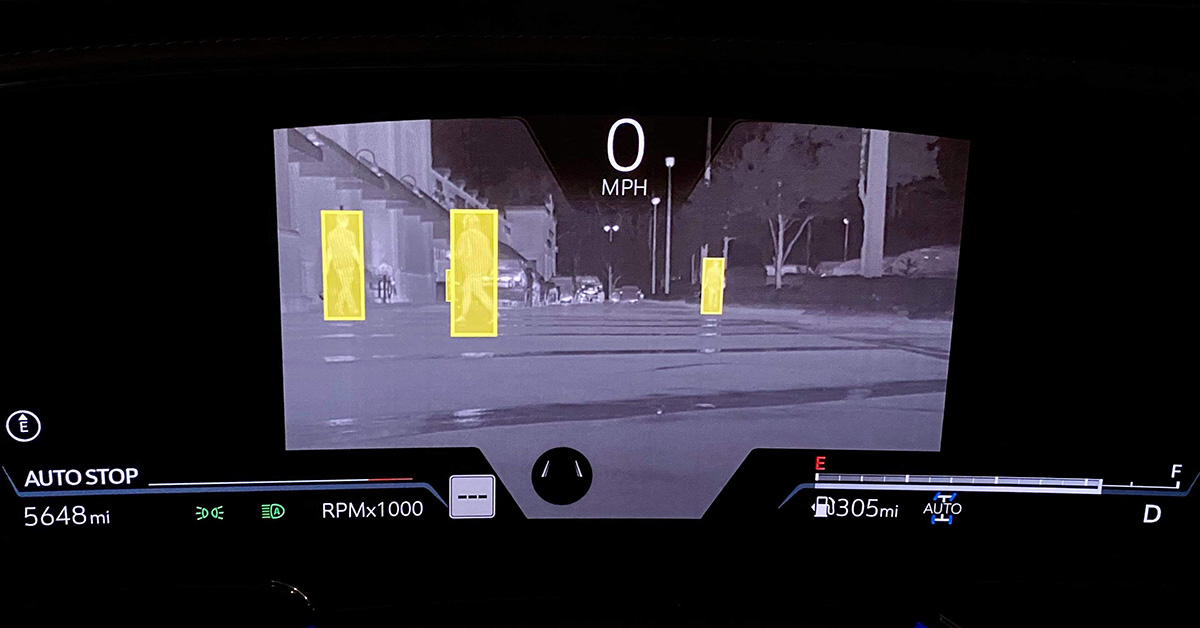 The camera is integrated into the front grille and the thermal image is displayed in front of the driver on Cadillac’s new 38-inch curved OLED screen. An Electronic Control Unit is used to host Veoneer’s pedestrian and animal detection algorithms. The thermal camera hardware is also 50% lighter and 50% smaller than the previous generation while offering improved performance.

The 2021 Cadillac Escalade will be the first of several models to be equipped with the fourth generation Night Vision System, complementing Cadillac’s Super CruiseTM, the first true hands-free driving assistance feature for compatible highways.

Since 2003, FLIR Systems has worked in collaboration with Veoneer to provide advanced driver assistance systems in vehicles to improve visibility during nighttime driving and other low visibility conditions such as inclement weather, fog, smoke, and direct headlight glare.

That innovation has brought the ability to see heat energy to nearly one million vehicles to help detect pedestrians, cyclists, and animals beyond the range of headlights through on-board analytics designed to alert the driver.

To learn more about the ADAS program at FLIR, visit: www.flir.com/adas