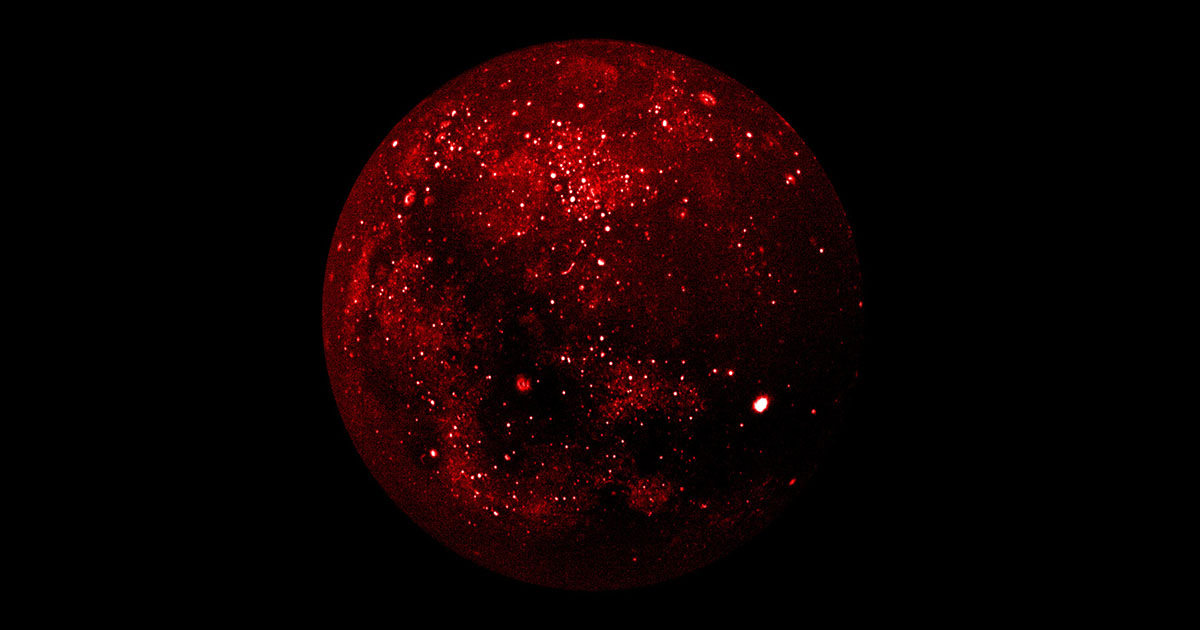 Austin Richards is a Senior Research Scientist at FLIR Systems. He holds a PhD in astrophysics from UC Berkeley and specializes in infrared radiometry, test and measurement of IR systems and modeling and simulations.

For a short time last January, the earth passed between the sun and the moon, a phenomenon known as a lunar eclipse. During a lunar eclipse, the moon has a “bloody” appearance, a consequence of being cast in the earth’s shadow and illuminated only by red sunlight refracted by our atmosphere. This much can be seen by the naked eye, but advanced thermal imaging reveals even more. The moon’s surface, normally heated to high temperatures by the sun, radiates heat away rapidly when sunlight is blocked during an eclipse, resulting in extraordinary pictures when the moon is imaged by a long-range thermal infrared camera.

It was a partly cloudy evening on January 20th in Goleta, California where I set up a FLIR RS8303 thermal infrared telescope to image the eclipse at its maximum at 9:12 PM PST. The telescope is a high-definition midwave IR camera behind an infrared zoom lens with a 10:1 zoom ratio. It’s a massive beast that military range customers typically attach to a kinetic tracking mount. In this case, I used an RS8303 without its outer case to reduce weight and bulk. The RS8303 was originally designed for tracking missiles and rockets, but it has other uses like long-range surveillance, animal studies, and astronomy. I had used it previously to capture midwave IR images of the total solar eclipse in August of 2017.

The RS8303 was mounted on a heavy-duty tripod and pointed east at the moon’s path. At the full zoom setting of the lens, the field of view was just about the same size as the full moon. Since I don’t have an equatorial tracking mount for this camera, I had to manually track the moon in between gaps in the clouds. I used FLIR ResearchIR software to continuously record one frame per second to a laptop’s hard drive.

When the moon finally showed itself during a gap in the clouds, the eclipse was close to its maximum extent. The view was stunning.  Hundreds of craters showed up as hot spots on the surface, a testament to the higher absorption of sunlight by the crater surface relative to the smoother “mares” (basaltic plains on the moon’s surface). The hottest, brightest crater is Tycho, located in the lower right section of the image below.  The large craters Copernicus and Plato are also notable. 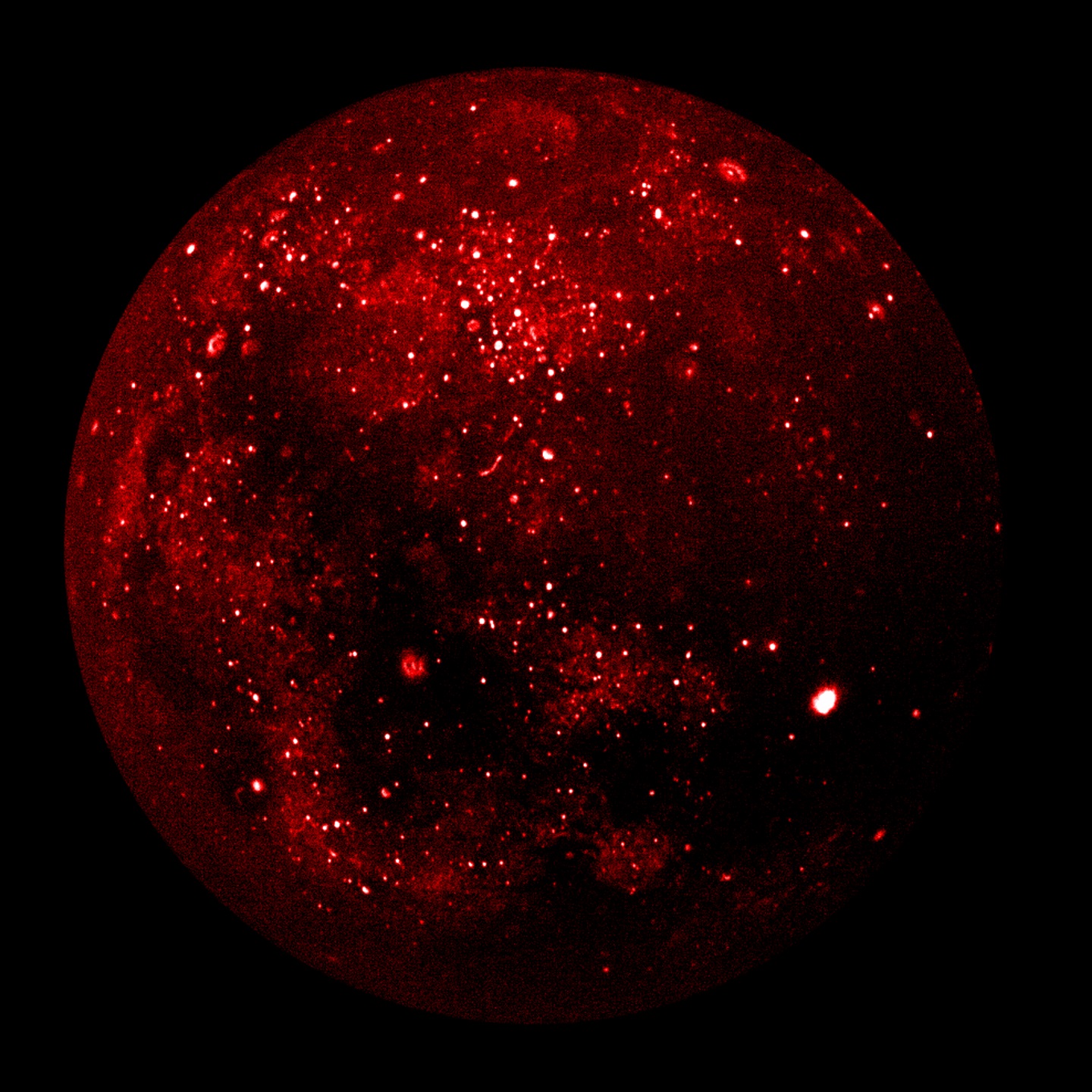 This thermal image of the moon during a lunar eclipse is made of two images stitched together vertically to show the entire surface. White is the hottest color, followed by red and then black. The color palette is based on the red and black colors of the “blood moon”.

Earlier temperature measurements[1] of Tycho taken during the total lunar eclipse on September 5, 1960 have been attributed a couple of factors. One, the thermal properties of the dust and rock in the crater, which are thought to slow the radiative heat loss that occurs during the eclipse. And two, optical properties of the crater’s surface which cause higher sunlight absorption than surrounding areas. Whatever the cause, the result is a fascinating phenomenon and memorable lunar eclipse.

To learn more about FLIR Cameras for Research and Development, head to FLIR.com/Research