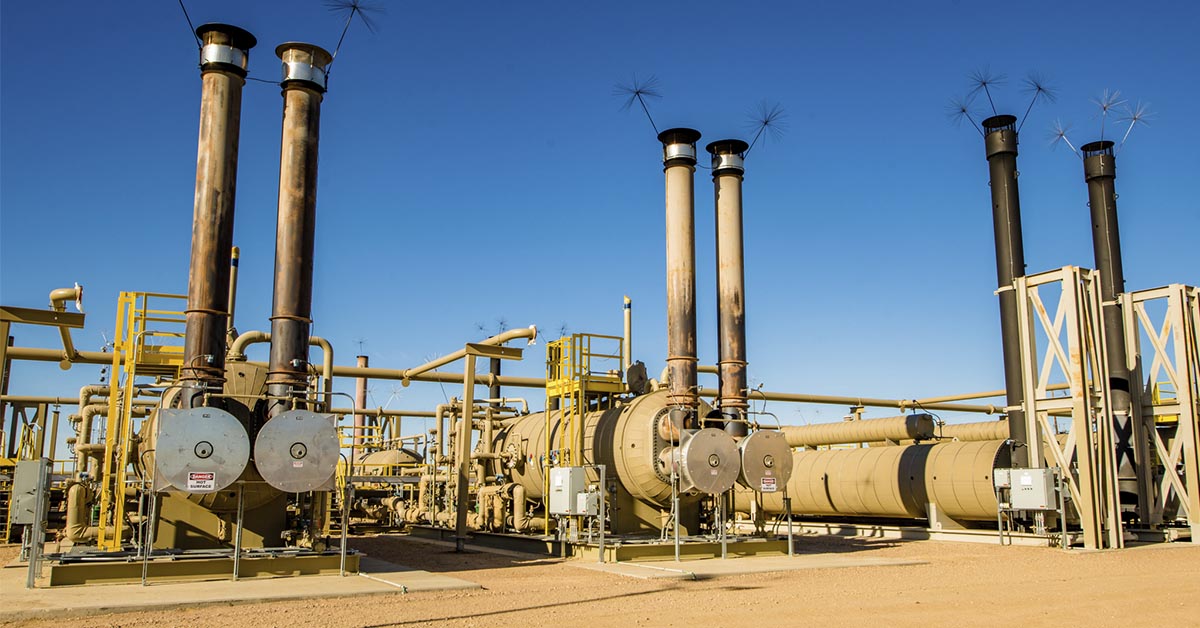 In the oil and gas industry, corporate emissions mitigation metrics are set at the C-level, while the critical details tied to the detection and quantification of GHG emissions are found at ground level. Optical gas imaging (OGI) cameras excel at discovering and identifying such details, which might otherwise be overlooked.

Here, we examine the ever-changing dynamics of a low-carbon economy and discuss how producers can implement OGI to combine profitability with environmental accountability.

What is Your ESG Vision?

Environmental, social, and corporate governance (ESG) is a relatively new term describing responsible corporate operations driven by societal expectations, markets, and other factors.  Examples include candy companies that source only ethical chocolate or jewelers that trade only in conflict-free diamonds.

Ultimately, companies can positively influence their bottom lines via this form of responsible operation. Investors are careful to avoid risk and, if an oil and gas producer’s contribution to climate change represents a business or public relations risk, investors are less likely to judge it worthwhile over the long term.

Oil and gas operators — competing with solar, wind, and nuclear power, as well as coal — must convince investors of their commitment to ESG to thrive in a low-carbon economy where excess emissions are taxed, as well as frowned upon by the general public.

Methane is at the center of this conversation. A known GHG contributor with a global warming potential (GWP)[i] of 25, methane also is 84 times more potent than carbon dioxide in the first two decades after its release. Oil and gas producers in regulated jurisdictions must report on their methane emissions, as well as demonstrate efforts to track, manage, and limit both leak and vent emission sources.

Leaks are nonengineered, unwanted sources of gas emitting from such sources as threaded connections, thief hatches, pressure relief valves, and malfunctioning equipment (e.g., flares and vapor recovery systems). Vents are engineered sources of release but are being phased out in the same way cars without seatbelts and smoking on commercial flights were phased out. While vented gas once was intended to release — providing a mode of force for pumps, pneumatics, or control valves or — regulatory bodies, guided by scientific study and societal demand, have set goals of zero leaks and minimal vents.

Leaking gas and venting gas also are differentiated by separate outcomes under regulation/ESG reporting/monetization. For example, a leaking flange and venting compressor seals each lead to distinct regulatory outcomes and directions, but they are viewed equally under ESG reporting — methane is methane, regardless of the source of release.  Additionally, while leaks are straightforward to manage and repair, eliminating venting generally requires capital investment: in tools, talent, and equipment.

Once an organization has discovered and documented all its leaks and vents, it can report on its carbon footprint. Based on this information, companies have a number of options to implement solutions that minimize their dollar spend while providing the highest emission-reduction return.

For example, a company determines that a methane vent reduction project at one of its facilities will cost about $7 per ton. However, the company can sell the captured emissions for $12 a ton via carbon offset markets, netting a $5 per ton return on investment (ROI) on the project while supporting its ESG reporting and being a more environmentally responsible corporate citizen. 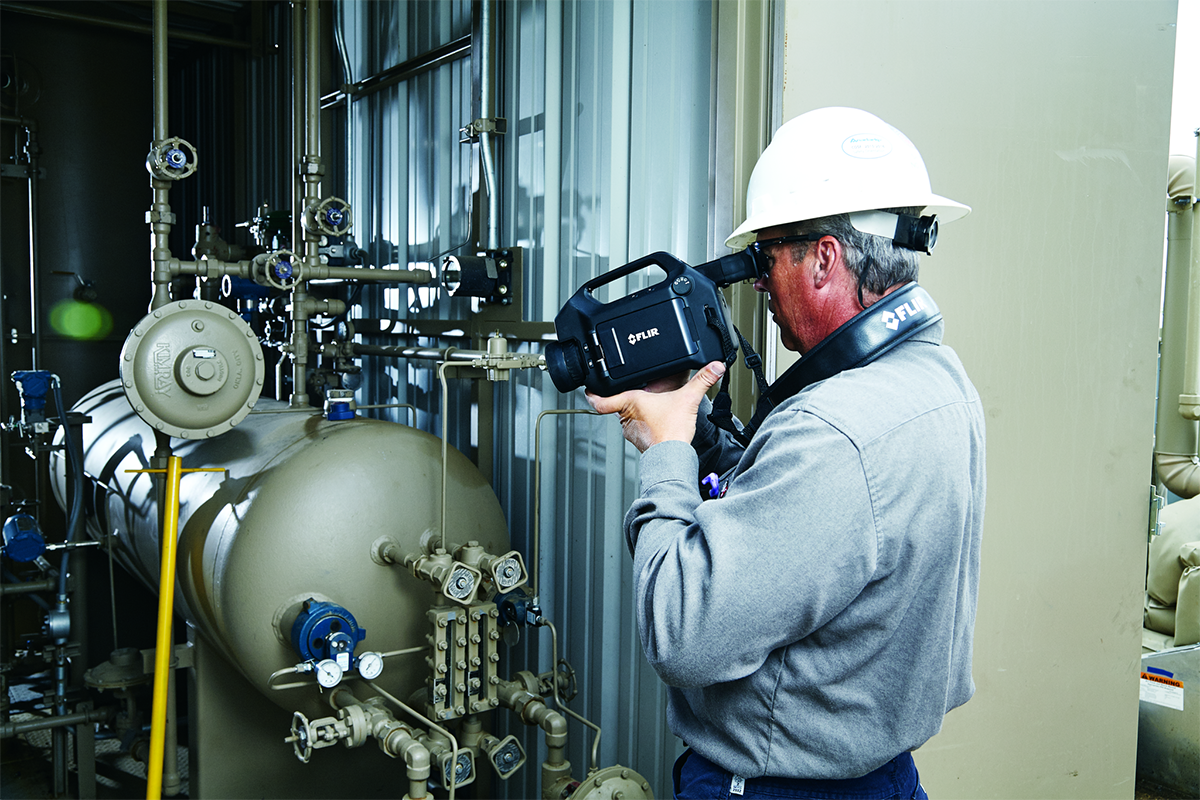 Traditionally, companies reporting GHG/ESG in the methane space have relied on top-down inventories, using a modeled emission factor. An emission factor states that, in theory, a certain threaded connection, flange, or other facility component will emit X amount of gas.

For example, a company might identify 500 threaded connections in a given facility. It then would multiply those counts by an emission factor[ii] of 0.01 m3 per hour. The resulting is a theoretical emission release rate (in this scenario, 5 m3/hour or 43,000 m3/year) for the facility.

Top-down reporting was relied upon in the past because the technology to detect and measure specific emission sources was limited. Emission factor modeling sets up “goalposts” for reporting, but those goalposts are broad. The release assessment is built on assumptions, rendering it the least accurate form of emission reporting, since emission factor calculations assume everything leaks but, in reality, only a handful of sources do. Further, top-down reporting does not tell operators where leaks actually occur, making it challenging to repair the leak and solve the real problem, emissions.

Thus, OGI cameras have emerged as the optimal tool — a boots-on-the-ground instrument to understand what is happening at the facility level: what is leaking and what is venting. This information, a result of embracing technology like OGI and state-of-the-art quantitative solutions, allows for greater accuracy in GHG/ESG reporting.

Leak detection and repair (LDAR) tools like OGI cameras often have to fight unfounded concerns about their cost-effectiveness — in part, ironically, because of their overall effectiveness. OGI can be perceived as subject to the law of diminishing returns in this respect: when a leak is discovered, one assumes it will be fixed properly and will not emit gas again.

Realistically, though, repairs and components can fail, and even the best inspectors can miss leaks when viewing thousands of components over multiple facilities. Consider Colorado’s 2018 LDAR Annual Report, released late in 2019. Despite diligent reporting and leak mitigation efforts by the state’s oil and gas sector, data from the years 2015-2018 indicates (after an initial drop-off in 2015) a fairly consistent number of leaks discovered/reported annually.

Thus, in addition to an immediate, up-front ROI, OGI cameras provide value over years — even decades — to detect new issues and quantify the emissions, satisfying oil and gas producers’ needs in a low-carbon economy that requires GHG monitoring. 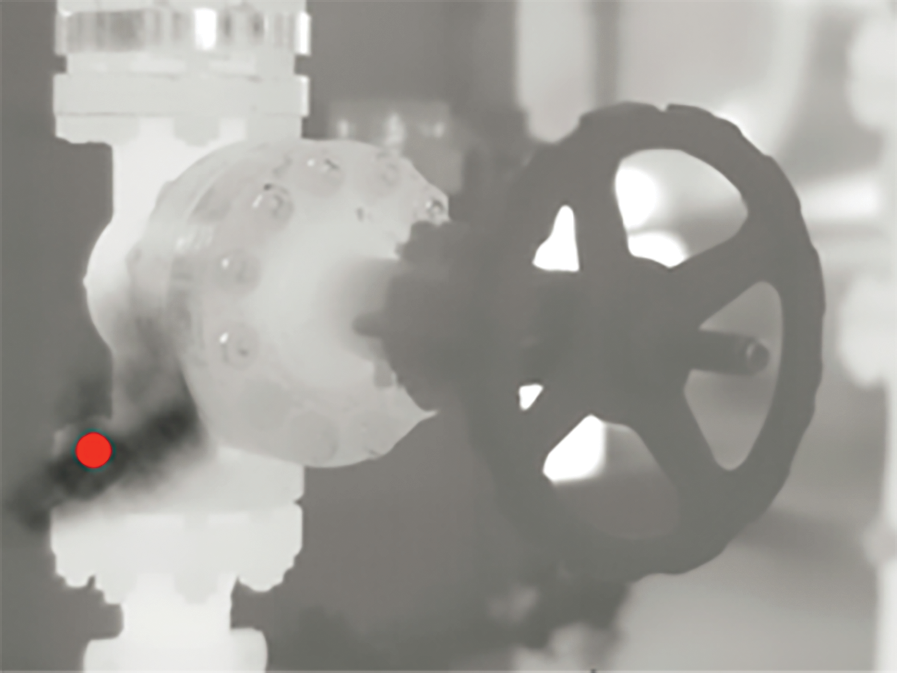 Once leaks are discovered and vents confirmed using OGI, oil and gas producers have several options for eliminating those emission sources. For example, malfunctioning and/or high-venting pneumatics, as well as pumps venting methane fuel gas, can be displaced with clean instrument air, or retrofitted/replaced to be electric-powered. Vent sources including compressor seals, tank vents, and casing gas can be alleviated using vent gas capture systems, which can use the received gas to supplement on-site fuel gas consumers (e.g., heating equipment) or use the energy to generate useful byproducts (e.g., electricity generation). 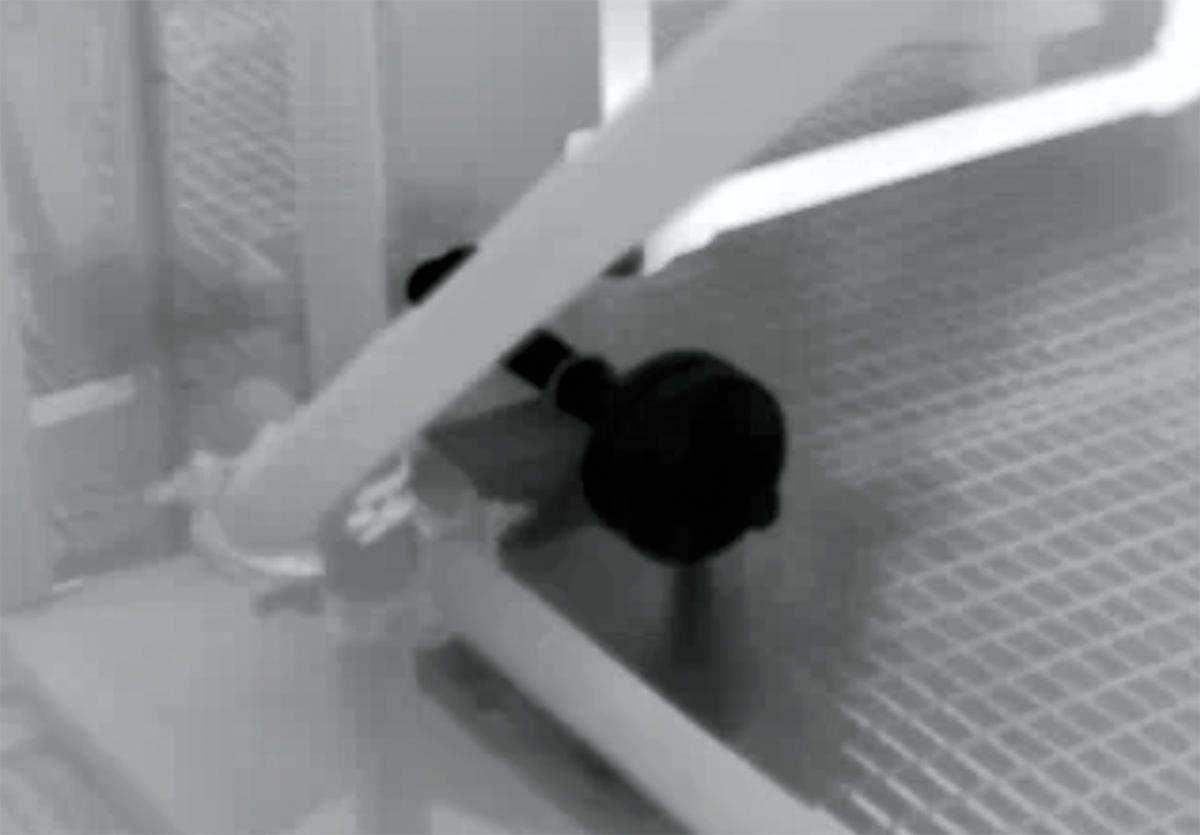 OGI has proven an effective tool that positions oil and gas operators to perform better in a low-carbon economy by accurately detecting leaks and identifying faulty components while contributing to a facility’s operational efficiency.

For example, the Environmental Defense Fund (EDF) plans to launch an emissions-detecting satellite in 2022, in addition to its fixed-wing aircraft surveying public domains at low altitude. In many cases, these bodies’ findings are publicly available online, such as this map of the Permian Basin and its associated methane emissions.  While this technology could be effective at highlighting large emission sources, it faces the same challenges as the top-down inventory approach in actually locating the leak sources.

Companies that embrace minimizing leaks and eliminating vents must acknowledge the effort is a long-term investment requiring a multi-tool approach and active engagement. Over time, newer facilities are upgraded, older well sites are covered over, and new sites spring up enhanced with solar and grid power featuring a low-carbon intensity.

Regulation enforcement has increasingly restricted the emissions oil and gas producers may release, but industry opinion has become a driving force pushing that objective further. Rather than a mentality of “us versus regulators,” producers increasingly view their corporate responsibility through the lens of “all of us.”

To wit, a group of 62 (mostly European) oil and gas companies recently agreed to report their methane emissions to a United Nations-linked group as part of the Oil & Gas Methane Partnership (OGMP) launched in 2014. The agreement also sets ambitious goals for methane emission: 45 percent reduction from 2015 levels by 2025, and 60 percent reduction by 2030. Or, in lieu of the 2030 target, companies can strive for near-zero emission intensity during upstream production.[iii]

Opinions on ideal energy sources in the future can continue to be debated, but right now producers can work together for a brighter future, and OGI is an effective vehicle to help deliver that future. It enables oil and gas companies to promote cleaner air, tighter infrastructure, and better efficiencies.

Craig R O'Neill has worked for FLIR for over 17 years and been actively involved in the OGI market since the introduction of commercial Optical Gas Imagers in June 2005. Currently, he has global responsibility for the Optical Gas Imaging line of business and the strategy for FLIR’s solutions in the oil and gas industry. In this role, he is the linking piece between customers, industry stakeholders, strategic partners and many vertically integrated aspects of the FLIR Instruments Division including sales, marketing, engineering, and product management. His goal is to ensure FLIR’s alignment to provide sensing solutions that meet the needs of the oil and gas industry.

Founded in 1978 and headquartered in Wilsonville, OR, FLIR Systems is a world-leading maker of sensor systems that enhance perception and heighten awareness, helping to save lives, improve productivity, and protect the environment. Through its nearly 3,500 employees, FLIR’s vision is to be “The World’s Sixth Sense” by leveraging thermal imaging and adjacent technologies to provide innovative, intelligent solutions for security and surveillance, environmental and condition monitoring, outdoor recreation, machine vision, navigation, and advanced threat detection. For more information, please visit www.flir.com and follow @flir on Twitter.

[i] The global warming potential of a GHG indicates the amount of warming a gas causes over a given period of time (normally 100 years). GWP is an index, with CO2 having a value of 1. Thus, 1 kg of methane causes 25 times more warming over a 100-year period compared to 1 kg of CO2.

[ii] Multiplier created for this example only. Actual emission factors will vary by facility, equipment, etc. 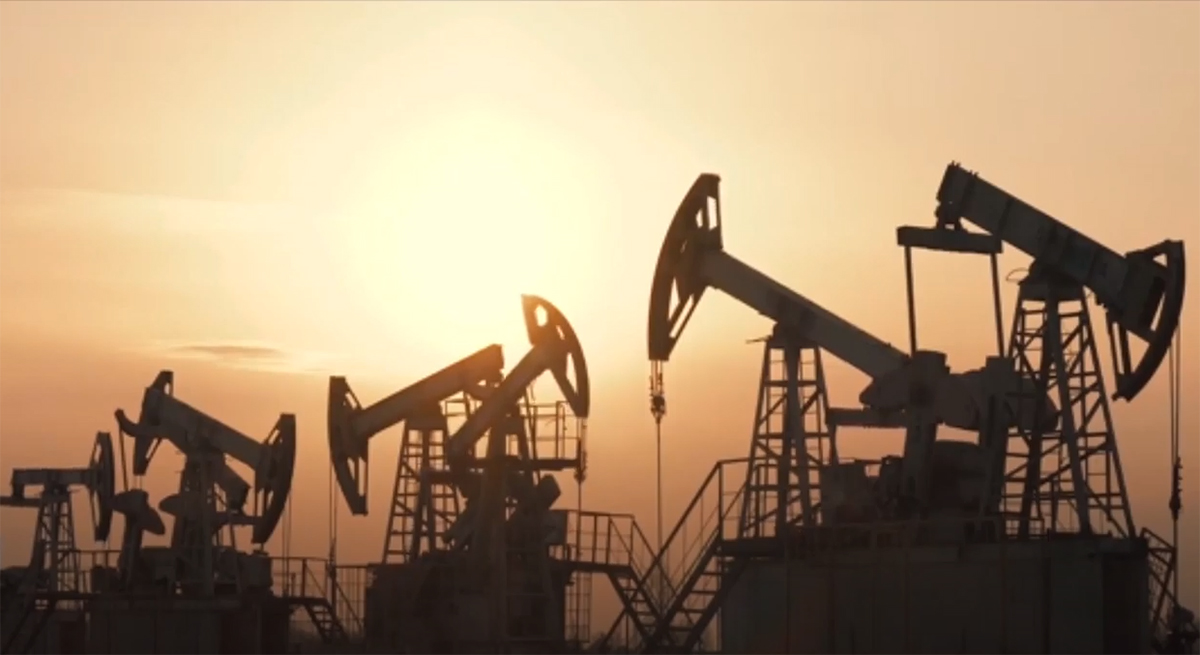 The latest technology for the Oil and Gas industry makes it easy to measure the amount of methane, VOCs, or other hydrocarbons visualized by your OGI camera. Find out about Quantitative Optical Gas Imaging (qOGI) in this brief video, then read the article to gain a greater understanding of qOGI.